2 steps forward and 1 step back 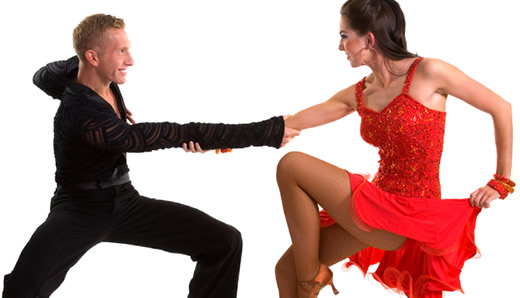 Taking 2 steps forward and 1 step back in a cha-cha style? If dancing's your Thing then that's allowed :) but if your Thing is anything else, it's not!

1 step followed by another step is what it takes to keep moving into your spotlight.

Metaphors aside, it's an important point. As sometimes when you realise your Thing, what it is you're brilliant at, it's like taking 2 steps forward. But then if you don't do anything with it—if you just file that away as knowhow and don't take any action to share your Thing—that's the 1 step back.

Yes, you're further ahead than you were as you 'see' what it is you're brilliant at. But if you don't DO what you're brilliant at then you're missing that 2nd step. And often you'll stay there. Just that 1 step ahead of where you are but not moving.

With 2 steps you have momentum—you're moving. You might be building your business, you might be connecting with the right people, you might be marketing your Thing. Any and all steps count, but it's the standing still that doesn't.

I know it's not without some trepidation to show up and do your Thing, but please don't stand still.

If you stop at 1 step of just knowing your Thing then you might get stuck outside your spotlight so we won't see you...

And we REALLY want to see you do your Thing.

Previous post: What counts as Marketing?
Next post: Tell it how it is – When being serious makes the difference

When simple is simply perfect

I’m not even going to pretend for one moment that I have this totally sussed. I am definitely a simple work in progress. BUT what I do know is that every time I make something simpler in my business it works better.

Much as I would love them to request raw veg and seeds, sometimes the small people want cake. And, specifically, last weekend they wanted brownies. So I of course had to oblige (nothing to do with me wanting to eat any, of course **coughs**). I don’t have a go-to brownie recipe in my head so I dug out my cookbooks–which are a rather eclectic selection I have to admit–and compared recipes.

Have they got their hands up?

If you don’t want to tear your hair out with your marketing, I’d highly recommend you only focus on people with their hands up (or at the very least on people who have them hanging loosely by their sides!).

Your Thing is like a muscle–when you use it often and ‘build it up’ it becomes more and more easy to use/do. And stronger–it definitely gets stronger.

Wendy Kier, The Queen of Twitter, blogs about the need to have a Twitter business strategy that sits in line with your overall marketing goals and objectives, and how random Tweeting does very little in way of attracting new business.

Who are you here for?

We all have our own style and attitude and approach, and I am sure you aren’t the right person for every single business or consumer who needs your Thing. You might be too loud (or too quiet), too complicated or too simple. You might be too casual or too strict, too friendly or too standoffish. What if you’re the chalk and they want the cheese? The black and they are looking for white?