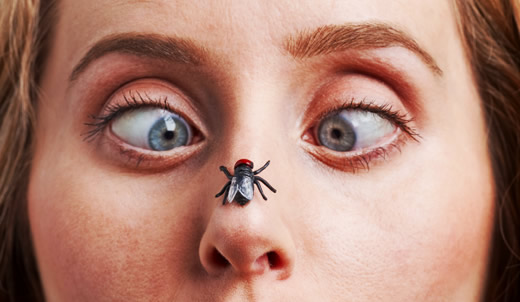 There's something about marketing that many people don’t like. And that’s doing it too much.

There’s nothing that sends people into a bit of a panic more than: When is enough enough? How many is too many times? and What if I’m being annoying?

I’ve heard it all and don’t think I’ve not thought about it either, as of course I have. I’ve thought about all of it—not just about my own marketing but about other people’s too when I’ve been on the receiving end.

Because you’re never going to please all of the people all of the time (*nod to Abraham Lincoln there for his sage advice), doesn’t mean you can’t please some of the people some, if not most, of the time if you are talking to the right ones. There’s going to be an audience who always loves hearing from you. And your job is to figure out that balance so your message and your frequency meet in the middle of being enough—but not too much—and match that to your audience. You want to get your message across and, absolutely, you don’t want to be tight about that, but you don’t want to be all over everywhere like a rash either

But we can all be over-cautious, I know that for sure. Or over-zealous! Those of us who are polite and courteous and ‘don’t want to bother’ people, much less ‘hassle’ them about our Thing, will always err on the side of not enough marketing:

You know if you’ve had this conversation with yourself about your marketing... go on, admit it...

I believe there is a balance—a fine line between being frequently enough with your message to be front of mind but not frightening.

I call this being nicely irritating.

Being nicely irritating it like an itch. It's not an injury that must be treated right away. Unless you're an emergency service, you're under the 'nice to have' category for what you do. If only I had time/the money/the inclination type area. So you need to get irritating. Until that itch has to be scratched or dealt with in some way.

Imagine a fly buzzing around a room... you'll probably sit and carry on with whatever you're doing until it becomes so irritating you get up and open a window and shoo it out. Because it might go quiet for a time, then buzz again, then land and be quiet again, then buzz again. If it's a crazy fly and buzzing super-loud in your ear, your reaction could well be violent—this is when the swatting takes place! But if it's just a buzz now and then, you'll do something about it when it's irritating enough. You'll get up and take action.

So yes, I've just compared you and your marketing to a fly. My apologies. But I needed to make a point. Be irritating enough not to make anyone violent (that's the hitting the unsubscribe button at the very least!) but get them to open a window. Buzz enough to make them get up and do something—have that conversation with you, click on buy now, watch a webinar. I don't know what the action is you want them to take, but get them to take it. And even if that action is to say "No, thank you—it's not for me" then you've had success.

The point of being nicely irritating is to get people to make a decision.

Previous post: I have a plan and I’m sticking to it
Next post: Fortune favours the brave

There’s plenty of measures you can measure in your business. And only one of them is money. And, in fact, if you’re smart you actually know that it’s never about ‘the money’, it’s about profit which is the money left over after you’ve paid for everything else. So for sure, measure your profit (and make sure you have some!) if you want to see how your business is doing.

But there are other measures too…

The end of your nose (if you don’t already know) is where your Thing is. And sometimes it’s that, or your ideal clients for your Thing, that are literally right there in front of you. Or in some cases, right behind you, waiting in the wings where you haven’t seen them; but they’ve been there all along…

Sometimes it is up to you to go first.

Often when you work out what your Thing is you look around for examples of other people doing it so you can see how it’s done, or see how you want to do it differently, to make sure you stand out.

Are you selling a cake or a recipe?

Here’s what I see a lot… people marketing recipes: the ingredients for a cake – the step by step pieces you need.

But what a cake lover is more interested in is the finished article – what a cake lover buys is a CAKE! I get a lot more excited looking at a slice of carrot cake than I do a bag of flour, eggs, sugar, some carrots, a wooden spoon… and yet this is what I see a lot of people are ‘selling’ – the ingredients.

It’s BIGGER than you think!

Yes, I know that you are supposed to get ‘small’ and specific with what you do—you can’t be everything to everyone, after all. BUT sometimes you can think too small.

Now, when I say small what I really mean is ‘blinkered’—if you’re good at something and that’s what you ‘do’, it’s sometimes difficult to see everything that’s ‘around’ what you do—but that’s what your Thing is: everything!

Your marketing plan should be a nice ride that people stay on until they’re ready to get off.

You don’t decide when they get off—they do. And when they do get off they either head straight over to you and say “I’m ready—let’s go” or they say “Thanks so much for the ride” and walk away. You don’t want them jumping off and running away to escape your marketing, you don’t want them being forced off either—especially if they were enjoying the ride—and you also don’t want to suddenly change the ride into something they don’t want to be on.