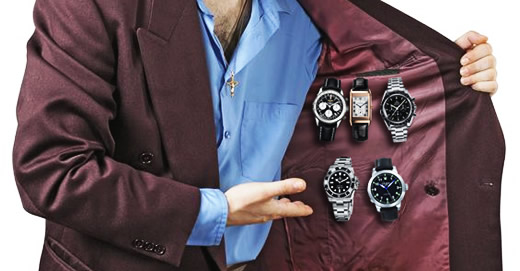 Buying Time is really about boundaries

If you're not doing your Thing yet and really want to, but can't see how to 'give up' how you get paid now, then you need to buy some time do your Thing in. If this means setting aside 1 day or 1 hour a week (or whatever time you need) then you need to be OK with doing what you need to do to 'buy' that time in the rest of your time.

If you're already doing your Thing and want to take time out to develop it, grow it, do it differently, connect with other people, learn something, create something new, or take time out, then you can also buy time. You make a plan to focus and concentrate your efforts on your Thing for NOW so you can buy some time out LATER. Trying to do everything at once is never a good idea. If you need a space to create, then buy one.

This also works when you buy time with a mentor, or coach or a place on a workshop. I often 'buy time' out of my business to work on it, instead of doing my Thing non-stop.

When your Thing isn't as big as you'd like it to be, it's tempting to spend time doing it as much as you can, but it might make sense to buy time to spend on it—instead of doing it—by selling something other than your Thing instead (to start). It's about being clear with your intentions and knowing you are buying time, not just 'settling' or getting comfortable. There is an end date, a set time, a boundary on your non Thing time.

And it's not just Things either. When I was (much!) younger I 'bought time' by working all the hours I could in Temp jobs to then go backpacking and do nothing very much for months and months. I didn't try and party every night AND work, instead I 'bought time' so I could double the partying later (because it's much cheaper in Thailand and Bali!). Invest now, and bank it for later...

This is a much smarter way to do your Thing than diving off the Deep End and hoping you'll swim (which does work but is only for the brave and 'no excuses' among us!). If you know you'll Thing better when you have the space to, buy some time so you can do your Thing with no pressure—it will be so much better for it.

6 ways to get more famous in 60 minutes

Thought I’d offer you something practical you can do today (as long as you have an hour to spare).

There are lots of things you can do in an hour to get you more famous (for doing your Thing) so why not see what you can get done in an hour for you and your business.

Remember to ONLY do what is your media ‘Thing’ – only ‘do’ what is an extension of how you already like to communicate and turn this into your media (I know I go on about this when I work with someone so am not making an exception here!).

Stands to reason I am going to tell you to be different – it’s the essence of Being a Business Celebrity! Do YOUR Thing, use YOUR Personality Selling Point, sell YOUR system, offer YOUR star plan of products and services.

I know that it can be scary to stand out but I promise you it will make a massive difference to your business.

The Thing about Magic

The other night I went out for dinner with a group of people and experienced some serious magic. It wasn’t in fact the cooking (although my Pork Belly was very yummy) but proper “How the hell did he do that?!” close-up magic. The sort of magic where I was incredulously shaking my head shrieking “How is that possible?!” (yes, I was the one choosing the card that ended up in the wallet–in a zipped pocket, in a ticket case–when I had been holding the wallet in the palm of my hand AND it had my name written on it in my handwriting?!).

I was reading the UK Business Forum ‘Round-up of 2008’ email today (part of the very useful www.businesszone.co.uk), and this article was the one that caught my eye.

Now I love a to-do list as much as the next person (OK so I probably love them more), but I really loved the idea of ‘What to include on your not to do list’. The article was written by Robert Craven, who is MD of The Directors Centre.

Here’s what I nodded my head at…

Advertise what you’ve really got

We’ve just stayed in an AirBnB townhouse on holiday and there were a couple of features–specifically 2 very nice red deckchairs in the cute garden filled with cactus plants–that made me want to stay there. But when we arrived, the lovely deckchairs were no where to be seen…

Now, I am not saying you can’t find customers online (you can, of course) but, depending on your Thing and your business model, you don’t need to think this is the **only** place you can find some ideal clients.