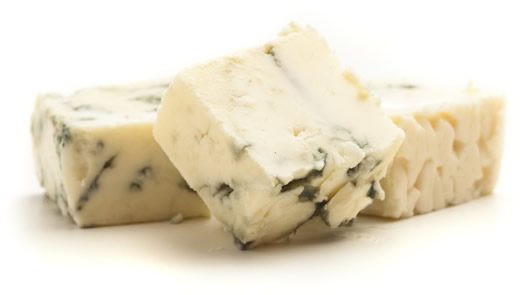 Now I love cheese. Nothing gets me more excited than a cheeseboard of stinky, oozy, mouldy cheese and some delicious crackers, BUT I am so over the cheese when it comes to marketing.

WARNING: This may turn into a bit of a rant

I love the internet–couldn't do my Thing without it (or at least not quite so easily and internationally)–so I totally get that it's a wonderful wonderful way to connect with the whole world and get them to know about. But there is a type of marketing that has emerged (maybe it was there all along in catalogues and mailings and I just missed it) that is just so cheesy. It's called 'internet marketing' and it's big... I mean it's HUGE and there are lots and lots of people who can teach you about it. They are often 'dudes' and 'gurus' who will teach you everything you need to know about clicks and affiliate links and launches. And some of them are brilliantly clever and know exactly how to make tech work for you while you sip pina coladas which is marvellous. Oh, but the cheese. I can't be doing with all the cheese.

Do we really need to be told such obviously fake stories to buy into this stuff. Puh-lease–did you really not proof your latest book so you're going to send it to me for free? Durrrr, I don't think so! Your team is HUGE and you sell $millions products every year... did you really 'drop all those CDs and now the boxes have dents in them'? If you did, then get insurance paid out and get some new ones...! Are you really "writing this to me right now from your desk at 11.08am"? when we all know you're on holiday as we follow you on Twitter... and it goes on... And it works! It works a dream. But I won't be doing it.

Sure, I might be absolutely cutting my nose off to spite my face here (plenty of these 'dudes' are rolling in it), but I just can't do it. I don't address anyone I know as 'dude' and I'm not about to start now.

Now, I am not saying I don't automate things, or write copy in advance (of course I do!). For example, I didn't write this 2 seconds before you read it :) but I don't lie about it. I don't pretend something's broke and that's why I can do you a good deal. I'd rather just tell you it's awesome and ask you to buy it for what it's worth. Sure, I'll do deals and offers (that's just sensible) but there won't be a sniff of bullsh*t about them.

I prefer to sell things as what they are and not create fake stories about them–for a start, I respect your intelligence too much for that. Also I don't think there is any need to. Personally, I prefer people to work with me because they WANT to not because I've made it look like a steal, or I've lied to them about my intentions. Hardly going to get anyone off to a good start, that one. I happily refund people who attend my events or online programs if they're not right for them (not often but it happens on occasion) and I prefer to be super-clear about what you will and won't get in the first place.

Copywriting is an art and a skill and, yes, there are some great things to include to get people to make a decision (like a deadline or limit on availability), but it's not hard to make these REAL and not bulls*t ones. I know that for events I run there are very clear number restrictions because of fire regs–that's just the law! But for webinars, when people say "there's only room for 100 people" well that's true if you don't upgrade your account for a day but it's hardly hard to push a button and allow more people in–there are no actual walls!

Can you tell this annoys me a lot? It really does, because I just don't see the need for it. You can make great offers and share the value of something and still include proven decision making factors like scarcity and a time limit with making stuff up! Rant rant rant.

So you get the idea. Do make offers. Do encourage people to buy. Don't call me 'dude' or make up bullsh*t stories if you want me to respect you. I won't. Just tell me your stuff is awesome and I'll buy it if that's true. And why would I doubt the truth if you've only been telling me that all along.

Every time I had a new event, or planned a new launch, I literally did just that–came up with something new. BRAND NEW. Hands up I did over and over for a while until I realised it was the greatest hits that everyone wanted…

Stop with the ‘How’ for now

When you have an idea about your Thing, you might jump straight into the practical details. You might start thinking “Ohhh… How can I sell this? What products can I make? What will this look like as a talk/an event/a one-to-one session…”, and off you go with your ‘How’ now.

If you jump straight into the ‘How’, you’ll miss the details in the ‘What’ that make the difference when it comes to being noticed.

If you’re in the business of helping people, or another business, move forward or make change or just do something differently, chances are you need to push some buttons to make that happen.

And I’m not talking about giving them a gentle poke and running away—I am talking about ‘in your face challenging them about what’s working, what’s not working and HELLO? WHAT WERE YOU THINKING?’ button pushing.

It’s BIGGER than you think!

Yes, I know that you are supposed to get ‘small’ and specific with what you do—you can’t be everything to everyone, after all. BUT sometimes you can think too small.

Now, when I say small what I really mean is ‘blinkered’—if you’re good at something and that’s what you ‘do’, it’s sometimes difficult to see everything that’s ‘around’ what you do—but that’s what your Thing is: everything!

If your Thing is something ‘new’ or a new angle on some-thing,then you may need to teach your audience about it. This is NOT the same as preaching to them about it.

So set out your classroom and educate your pupils so they see for themselves your Thing is an answer.