Everyone has a different Act 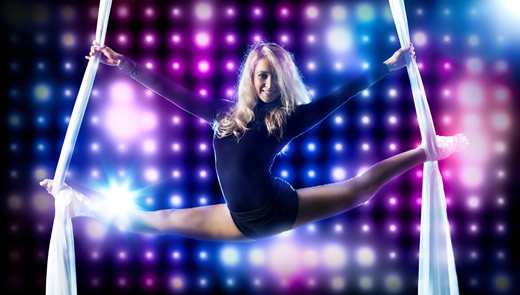 I was at the circus this weekend and I'll be honest—I wasn't sure how it was going to be done, as we were promised 50 acts in 100 minutes... yup, a new act every 2 minutes—or, as it turned out, sometimes 3 acts at once!

There really were 50 different acts in 100 minutes and actually, where some of the acts were performed by more than one person, you could see how each performer did their 'thing' differently.

And that's the point. You might DO the same thing as someone else—you might have the same skill or qualification—but everyone's Thing (with a capital 'T') is different.

When you realise that your Act is different to everyone else's, you have a Monopoly in your marketplace. You become the only person that does what you do the way you do it. Or, put it another way, if people want to come and see YOUR act they have to come and see YOU. The chap down the road doesn't do YOUR act—he might do one like it, but it's not the same—it's different. Just like you are different to the chap down the other road and so on.

Having a monopoly is brilliant if you are the business owner. Now when I was studying for my Economics degree we were taught that monopolies were bad, as they can charge what they like and restrict supply in a market—which I agree with when they are a utility company or telecoms provider, but... HELLO! Charge what you like and restrict supply if you want to? —that sounds perfect for a business celebrity business. This means you get to choose what your prices are—not have them dictated to you by the market—and also lets you supply as much or as little of your Thing as you want to. And who doesn't want that?

All you have to do is KNOW and tell people that your Act is different, that you do your Thing differently because it's YOUR Thing and they won't need to go see what the chap down the road is doing.

So get your Act together!

And know that your Act is different to anyone else's Act when you do it 100% your way doing your Thing.

And the secret ingredient is…

Honestly, this is what makes the difference.

Yes, having great, compelling copy will help. Yes, having a clear offer and packages that show what’s possible works. It’s important you say clearly what it is you can do for people. It’s also important that you have a way for people to try you out, or connect with you. But above everything is belief.

On the one hand, yes you have to be visible and be in ‘it’ (where ‘it’ is your ideal clients’ radar) to get noticed. On the other hand if you read ‘it’ as being ‘everywhere’ then that’s a recipe for marketing overwhelm if ever I saw it!

How many times does it take?

Marketing (folk?)law says you need to ‘touch’ a prospect 7 times before they will respond. By ‘touch’ here be clear that I mean a message touch-point—so an email, Facebook post, a video, a talk, a letter, etc. There are exceptions to every rule as sometimes you can get a response the very first time someone sees you—I know I’ve had this happen when I’ve spoken at an event or met someone at networking. It’s more likely the ‘one touch’ conversions happens in person but it’s not always the case.

Build your own ride…

The ride is, of course, the main attraction and the 3 minutes of thrills and spills you’ve been queuing so long for. And when you get on the ride sometimes you love it and wish it lasted longer, and other times you are very happy that it’s all over with quickly! But was it worth it either way? Was it YOUR ride?