The Story of 3 Sunbeds

Yes, I was supposed to 'not work' on holiday but when I saw this beach I knew it had to be a blog...

While sunning ourselves in Majorca, we visited a rather fabulous beach in the very North of the island on a stunning (World Heritage protected) peninsula of Formentor. I knew this was going to be quite a special beach as one of the best hotels on the island is located there—which has a rather celebrity history as, amongst other famous guests, Grace Kelly had her honeymoon there. So, I was ready for some beach bling :)

And I wasn't disappointed—we (by accident?) parked at the beach hotel car park and were right in the midst of the luxury. The sunbeds here in front of the beach restaurant looked rather comfy, and there were even 'Balinese' double sunbed options. I nearly tripped over the sand when I saw the price of them though! EURO 50 for 2 sunbeds and a 'tiki' shade (EURO 75 for those Balinese ones)—that's going to add up over a week's holiday! 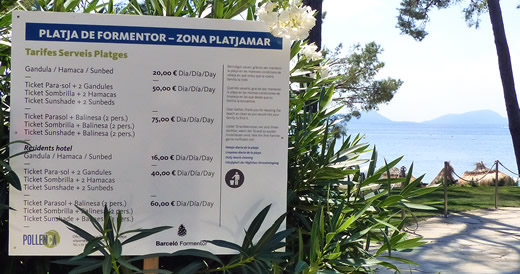 Now, I am all for paying for nice stuff, BUT I thought I would investigate the rest of the beach...

100 metres down the beach (it's not a huge bay—maybe a 10-minute stroll from one end to the other) there were other sunbeds—not quite as cushion-y admittedly, but perfectly nice and with same tikis. And now they were only EURO 21 for 2 sunbeds and a shade. A fair price for such a lovely location. 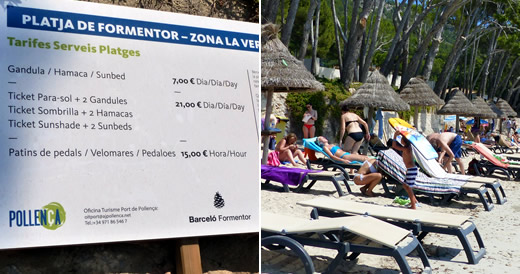 Out of curiosity, I kept walking... another couple of hundred metres or so we got to the blue sunbeds—totally do the job, same tiki shades, and now we're at EURO 13.50 for 2 reclining beds and a tiki. 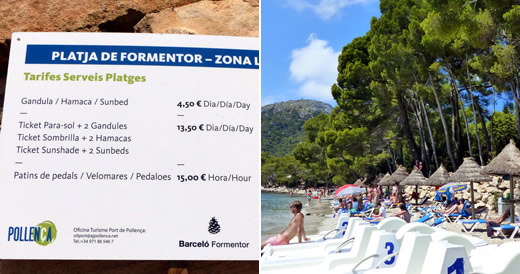 So in a 5-minute walk you could spend over ×4 for a sunbed and tiki shade combo. SAME BEACH. Same sea, pretty much the same view, same sand, same sunshine, same opportunity to park your bum! :)

Why am I telling you this tale?

Well, logic might tell you to expect that, given (bar the odd comfy cushion) that a sunbed is a sunbed, you'd expect the blue sunbeds (at EURO 13.50 for the combo) would all be full. They weren't. In fact, there were probably about the same amount of taken and empty sunbeds at EVERY price point.

Did you register that? ALL the sunbeds had people on them. And that's because there are people looking in every market and at every price point. Sometimes, the basic laws of demand and supply do apply and the less expensive items will all sell first, but there are other things to take into consideration. Sometimes there are other laws at work—some people are not price-sensitive (hence why the EURO 75 sunbeds had very happy sunbathers on them), sometimes appearance is everything (why some people wouldn't consider being seen on a blue sunbed at the 'cheap end' of the beach). Know that it's all about knowing where you want to be and showing up ready for the clients who are looking for what you offer, NOT assuming that cheaper is always better. Think about it this way too: you only have to fill 1 of the Balinese day beds and you've made more than 10 blue sunbeds and shades, which is a lot less people to work with and serve...

And what's the likelihood that the people who decided the expensive sunbed was best for them are more likely to buy drinks, and lunch, an ice cream sundae, take a sailing boat out and more...

Something to learn there on the beach!

PS. You're probably wondering which sunbed option we went for... well, actually we went for option 4: a large beach blanket and sarongs right on the shoreline ready for sandcastle building and spending 98% of the time in the water with small people! I did still go to the posh beach club for lunch and ice creams though (which cost around the same as a Balinese day bed!) :)

On the radio – me talking Inspired Marketing, Websites and business

I was recently invited by Andy Hayes of Travel Online Partners to be a guest on his TOP radio show. We discussed marketing, websites, the Hotel Success Handbook, being in business, and lots more.
Listen online or read the summary.

There’s nothing wrong with the odd bad review—it’s just a reminder to be clearer in your marketing and message about EXACTLY what you do and for who. The clearer you are about this then the less bad reviews you’ll get. As there is nothing wrong with what you do (I am assuming this much!), it’s just you might not be the right person for that particular client. Maybe you’re too expensive for some people, maybe you’re not at the right ‘level’ they are looking for, maybe you’re too fast/slow/cheeky/boring/content rich/content poor/accessible/reclusive/outspoken/quiet/tall/short/loud/quiet, etc. You are you and you’re not right for everyone.

Less is More (but do it often)

Less is very often more when it comes to Marketing and sharing your Thing. ‘Spreading yourself too thin’ is a very likely outcome when you try and be in too many places at once, Marketing-wise. And you know this, I am sure, yet still… sometimes… shiny shiny new marketing objects come along and look oh so distracting!

When clarity is everything

I get like this–when I can’t ‘see’ clearly, I stall. Sometimes it’s what to do next, sometimes it’s a name of programme, or a venue, or a price, or a marketing message. It could be big barrier or it could be a small stumbling block, but if I can’t see clearly ‘what’ or ‘how’, I can get stuck.

Want to know what I do when I don’t know what to do next?

I do the next thing. The next thing that will get my business closer to the result I am aiming for.

When you know what you’re aiming for, you can work out what to do along the way.

Maybe it’s explaining how something works to your clients? telling your story? explaining the results that are possible from working with you? a ‘piece’ of your Thing?

Maybe it’s more general than that and it’s how your business or your industry works? Maybe you’re having the same sales conversation over and over?