The Thing about Magic 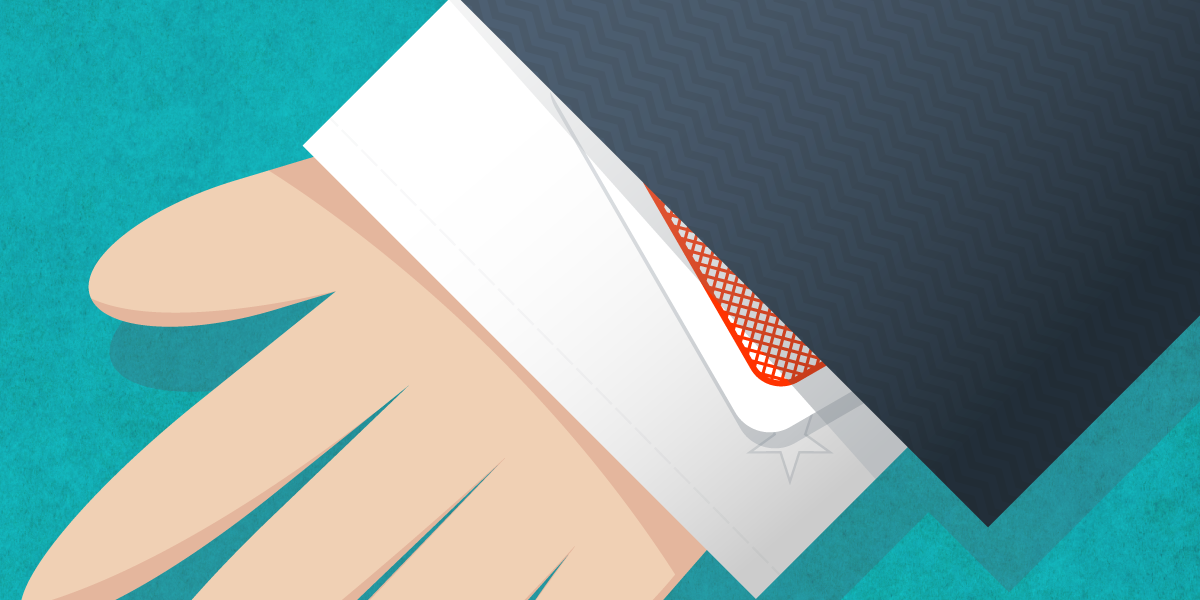 The other night I went out for dinner with a group of people and experienced some serious magic. It wasn’t in fact the cooking (although my pork belly was very yummy) but proper "How the hell did he do that?!" close-up magic. The sort of magic where I was incredulously shaking my head shrieking "How is that possible?!" (yes, I was the one choosing the card that ended up in the wallet–in a zipped pocket, in a ticket case–when I had been holding the wallet in the palm of my hand AND it had my name written on it in my handwriting?!).

The point of this piece is not to ask how I join the magic circle and find out how it’s all done (but it’s still intriguing me a week later, so I still might look into that), BUT the reason why this person had learned magic. The reason this person had learned magic was because they sold something that had no USP–it was simply a commodity or service that didn’t even have the option to trade on price (in fact, it literally was price... it was a foreign exchange trading service). And so this very smart individual had an idea. What if there was something ELSE that he could compete on to win customers. His idea was magic.

When I say his idea was magic, I mean it literally. Because the ‘result’ of the service this person provided was EXACTLY the same as any other brokers (an exchange of one currency for another at a rate set by the market). How exactly would he close deals with almost nothing apart from charm and perhaps a better lunch invitation up his sleeve? So up his sleeve he went (I’m not certain that’s how you do those card tricks, but he wasn’t wearing short sleeves so I can only assume!). He started to perfect magic tricks to perform over those lunch meetings with key clients. And guess what? Suddenly he became memorable, suddenly he was ‘sticky’... his story was he was the broker who did magic. And everyone loves magic...

So guess who got lots of deals? The brokers who only had lunch to be remembered by or the chap who did incredible magic tricks? You’ve guessed it, the magic won hands down (or were they behind his back?) every time.

The thing about magic is to find a ‘Thing’ you do that’s different to everyone else in your market with your product and service so you can stop competing on price (if that’s even an option) and compete on something much more ‘magical’ instead.

Once you’ve got your head around your Thing and what it is–how it works and what it does for other people–the next step is to tell everyone about it.

And once you’ve got your head around telling everyone about your Thing (we call that marketing!) then you need to ask for the sale…

Is it really that important? (or are you just ‘being busy’)

I’m still working on this one–as I love to ‘work’–BUT the key, of course, to getting anything great done with your Thing is to do the ‘right work’.

I know where you are right now. You know you’re here to do something brilliant and even if you don’t know what that is yet you know you have to do it. You know you’re not doing your Thing, as it’s not easy doing what you’re doing.

You know that you have a talent for something and you ‘get’ that you’re allowed to make this your job, your work, your business. But it’s just not happening.

Really? Are you sure…?

Sometimes (and if you’re doing this entrepreneurial thing properly—most of the time!) you will have a ‘crazy idea’ and someone will respond with “Really? Are you sure?”

Of course you’re not sure?! But are you certain?—yes!

You can be unsure that something is going to work, unsure that it’s going to be easy, unsure it’s exactly what people will want it, but you can be absolutely certain that you’re going to do it anyway!

The end of your nose (if you don’t already know) is where your Thing is. And sometimes it’s that, or your ideal clients for your Thing, that are literally right there in front of you. Or in some cases, right behind you, waiting in the wings where you haven’t seen them; but they’ve been there all along…