You’d think I have this Thing all figured out, right? Well, most of the time I do and then sometimes some-thing comes along and I get a big smack round the chops to remind me I MUST do it my way!

For ages (years), I’ve always admired those people who make the cool videos, then have bazillion dollar launches afterwards. Now don’t get me wrong... I know that the SIZE of the launch doesn’t matter, but it still ‘looks’ like the easiest way in the world to get your Thing out there. So there comes a point where you think (quite sensibly) yeah, maybe I’ll have a go at that. And so I did. 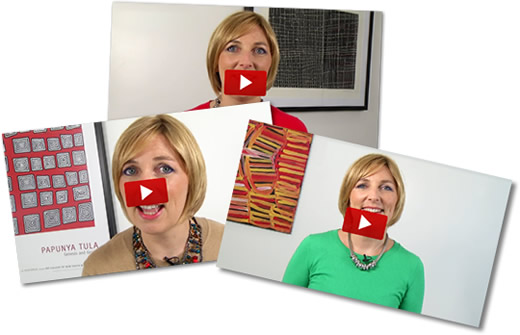 And I was super-happy with my videos, I’ve had so many fab comments, and so many amazing people contact me because I made them (hope you liked them too!). But then, right at the final hurdle, I went splat!

I’m not even sure what I tripped over (you know how sometimes you seemingly fall over ‘air’ as there’s nothing actually there!) but I did fall. In fact, I dive-bombed! Nail it November is currently not the rocking-out super-galactic event I was hoping for.  More like a small sleep over.

Well, actually that’s not strictly true. I’ve got loads of wonderful new people ‘in the loop’ knowing who I am, hundreds of likes on Facebook, lots of calls booked in for conversations around Thing finding and JVs and speaking gigs. Plus, I do have a lovely small group working on their Thing. But if we’re measuring this by ‘size of the party’ then my launch was a turkey!

So rather than be all fake about it and cover it up with some jazz hands "Ohhh it’s going really well, it’s super cool we’re all rocking it" BS, I’m telling you how it is. It didn’t work for me as a sale process. As a Marketing activity—absolutely; as a ‘get famous’ visibility exercise—totally; as a ‘connect with more amazing people’—hands down it’s a winner. But as a sales launch—not so much :)

After a little bit of head scratching, I have a few ideas why not—maybe it was the price (although I’m still booking in VIP Days, so I know paying to find your Thing IS something people do pay MORE for—just to be out of the whirling overwhelm, confusion and inaction of not knowing what you REALLY do that’s brilliant is enough reason for investment in most cases). I also figure you might be ‘over’ online courses having done a few of them before... (I am too if I’m honest), but maybe I didn’t explain the benefits of Nailing Your Thing enough. Or maybe it was timing. Or it absolutely could be that my offer sucked!

One thing I do know (and I know this about you too) is that just because one launch doesn’t work, or one way of marketing your Thing isn’t an interstellar hit does NOT mean your Thing is terrible. I know I am awesome :) I just did a rubbish launch! Just like when an actor takes the lead in a really awful film—they’re not a bad actor, they just picked the wrong script. In fact, having Googled it, this is actually referred to as "The Halle Berry Effect" (!) after said lovely lady made a few turkeys after her Oscar winning performance. And if it’s good enough for a Bond girl, it’s good enough for me.

And so I have to admit it, with hands up—yes, I did ‘follow a formula’ and look what happened (and I know, I know, I TEACH this: do your OWN THING, do your Thing your way). And to be fair to myself, I did do this formula absolutely on my terms, but it wasn’t mine enough I think.

So let me be a lesson to you! Do your Thing YOUR way, don’t try and fit in, stick to your knitting (and yes, I wrote a blog about that just the other day! Ohh, the irony) and do what you love to do the WAY you love to do it. And as it turns out that in spite of me the videos have worked—just not in the way I’d planned! So perhaps this does indeed prove also that no publicity is bad publicity :)

When simple is simply perfect

I’m not even going to pretend for one moment that I have this totally sussed. I am definitely a simple work in progress. BUT what I do know is that every time I make something simpler in my business it works better.

Customers are always right (except when they’re wrong)

The adage is the customer is always right and yes, they are always right in that it’s their decision to buy or not to buy, BUT they might not always ‘be right’ about what they need to buy.

Often different leads to better. But different doesn’t always mean better. It’s up to you what makes something better.

Very often there are more people listening, reading, following, watching, and noticing you than you may realise. But too often we can worry about ‘what we see’ and not what we don’t see.

Location is important to me. Where I ‘work’ has a big impact for me on how I ‘do’ my Thing. And I also want to make a mark, an impact for my clients in their calendar – to mark a day of change, and new moves. A great location adds to this hugely for me.

Everyone has a different Act

You might DO the same thing as someone else—you might have the same skill or qualification—but everyone’s Thing (with a capital ‘T’) is different.

When you realise that your Act is different to everyone else’s, you have a Monopoly in your marketplace. You become the only person that does what you do the way you do it. Or, put it another way, if people want to come and see YOUR act they have to come and see YOU.